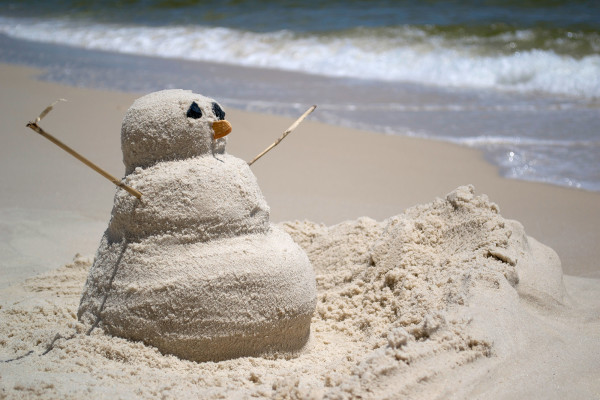 I come from Illinois, where winter temperatures usually range from about zero to the low thirties, and snow on any day other than Christmas is not a wonder but the norm. Many of you that come from "Yankee territory" know the sort of weather I'm talking about, but Floridians take a different attitude.

To some Floridians, snow is almost more myth than reality. Since I've been here, we've had snow once, and even then, it was less snow and more frost and freezing rain. But I've never seen so many people as excited to see a quarter-inch of snow ever before or since.

What I marvel at is the weather we usually have here. We're only two weeks from Christmas, yet I can still walk outside in short sleeves, and sometimes wearing anything heavier is simply hot and uncomfortable. While it's true that I like snowy scenery on a Christmas morning, the twenty Decembers I've spent in Illinois have calloused me toward it somewhat, much as the Floridians don't seem to appreciate winter warmth. Perhaps it would do us well during interterm to take note and appreciate both sides of the winter weather, whether you're from a place that wishes for Christmas in July or that enjoys some July in your Christmas.

View all posts by Sean