From Homeschool to College: The Truth about the Transition

I know, it shocked me too. I was so happy to be done with high school in May, June, July, and even August. But then it hit me a couple of weeks before I left for PCC. “This is happening,” I thought to myself. “I’m a college student now.”

Would I fit in?

Would my teachers be hard?

Could I keep up with my schedule?

Would I make it to class on time?

All of these questions came to my mind because I had one underlying fear: the transition.

I have homeschooled my whole life. I rarely was in a classroom larger than four people. I never had to worry about being late to class. I could ask my teacher (Mom) anything at any time.

But at college so much was going to change. I told myself that my transition would be tougher than someone coming from a public or Christian school.

But this fear was based on a myth.

The fact is, homeschoolers don’t have a harder transition than anyone else going to college.

How can I say that?

Well, during my first year of college I realized a few things.

1.) Homeschoolers are not intrinsically different people.

Somehow, homeschoolers are assumed to be socially awkward. The question we get asked almost every time we tell someone that we were homeschooled is, “How did you socialize?” Many people assume that since we didn’t go to school we don’t know how to talk to people. So naturally, we’re “different” than everyone else.

But this is simply not true. I’ve met just as many shy homeschoolers as public or Christian schoolers. You are at no more disadvantage socially going to college than any other student. You’re going to make friends the same as everyone else. Just be friendly and be yourself.

2.) Homeschoolers haven’t missed out on education other students got.

Another part of the myth is that a homeschooler’s academic standing might not be up to the level of the students coming from other schools. Don’t believe it. Each student determines his own academic success with hard work—not by whether or not he went to a public or private school.

3.) College is a big change for everyone.

No one has ever gone away to college and been perfectly comfortable with the change of lifestyle. College transforms you. It makes you grow up and do things for yourself. Public and private schooled students have no advantage over homeschooled students in college. Everyone goes through the transition. 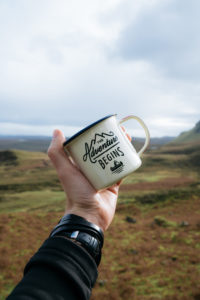 I could not have asked for a better freshman year at PCC. It wasn’t perfect. There were changes that were hard for me to make. There were things I didn’t always want to do. Situations that made me leave my comfort zone. But it wasn’t as scary as I was making it out to be. I kept up with my schedule. I made it to my work shifts. I studied when I needed to and had fun when I could. I put the effort in and got results.

Your freshman year is going to challenge and grow you. It’s going to be a season of life that you will remember for a long time. So don’t let the homeschool myth stop you from embracing your new life. Jump in. Study hard. Serve. Have fun. And enjoy these years as much as possible.

12
The thoughts and opinions expressed in Life in the Nest are those of the authors and do not necessarily reflect the official policy or position of Pensacola Christian College.

View all posts by Zach