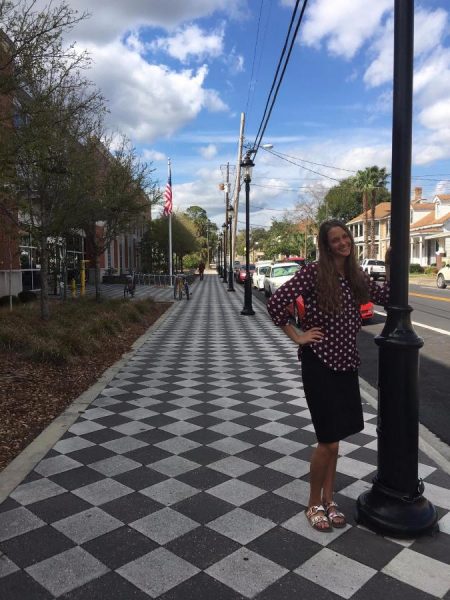 Two weeks before I left home for my freshman year of college at PCC, I still hadn’t picked a major. I couldn’t sleep at night because I was so perplexed, but I also couldn’t nail something down.

Out of the 58 majors offered at PCC, which one was right for me? I began to list traits about myself, hoping it would narrow the field. I like people, I'm pretty decent at speaking, I don’t love math, I’m scared of bugs, I’m tall enough for basketball but I can’t get it in the hoop. Also, I play the violin and piano. Oh, and sing. Obviously, my focus was not getting any tighter.

One week before school started, my dad and I pored through the catalog grasping at straws. “How ‘bout Advertising and Public Relations?” he said. I put my head in my hands and nodded. “Sounds decent enough.”

So when I arrived on campus, I proudly mumbled that I was a freshman Advertising and Public Relations major. It was a mouthful, but at least I had something to say, right?

Listen to me. Don’t pick a major just so you’ll have something to say when you arrive on campus. Seriously, no one thinks poorly of “Undeclared” freshmen. We’ve all been there at that decision-making stage and been scared out of our minds. Take your time getting a taste of a broad range of topics. Try things you never thought you’d like. Take a few classes that chip away at the borders of your comfort zone. For crying out loud, take something radical. Talk to people. Ask them what they love about their majors.

One thing that really helped me in deciding on a major was to dig deeper than the major titles in the course catalog. I made a list on notebook paper of which classes sounded interesting from all the different majors, and then I picked the major which had the most of those classes. The class titles in the catalog also helped my current roommate who just recently switched from Accounting to Marketing. She decided on Marketing based on the class titles that interested her.

In May I will be graduating with a B.A. in Professional Writing, but not because I rushed or grasped at straws. I used the catalog and many prayers to fine tune my decision slowly. If you're choosing a major right now, slow down and make a date with the college catalog.

You can thank me later.

2
The thoughts and opinions expressed in Life in the Nest are those of the authors and do not necessarily reflect the official policy or position of Pensacola Christian College.

View all posts by Gloria