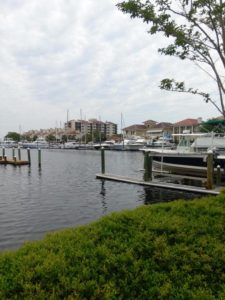 Beach season is almost over, and as much as I hate to admit that, there are a few fun things to replace beach weekends with in Pensacola. My roommate Jocelyn and I traded white sandy beaches for cream-gray sidewalks one weekend as we hit downtown on an adventure.

At first, we didn’t know what we’d find, because our only intentions were to walk, but we were delightfully surprised by the distinct beach town culture we found even far from the lapping waves.

Okay, so we did come within sight of water, but it wasn’t lapping waves. Instead, we encountered the bay where Coast Guard boats dock, and we spent quite a bit of time leaning against the railing on a nearby dock imagining life aboard a boat as big as the Four Winds. 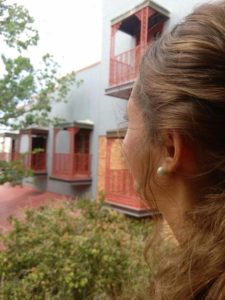 And of course, if you put Jocelyn in a scenic place, she’s bound to take pictures, but her few snapshots morphed into a real photography session, complete with antique house railings, brass door knockers, windy alcoves, and graffiti walls. 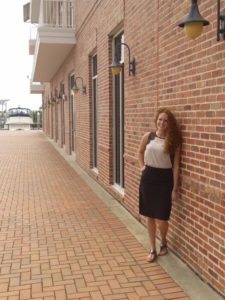 Boats and pictures—it doesn’t sound like much, but when Jocelyn and I headed back to campus after exploring downtown, we realized how much fun it had been, even if it wasn’t the beach.

So whether you’re after senior pictures, practicing for photography class, or simply downtown having a good time (like me), be sure to check out the Coast Guard boats on the dock, and take some pictures while you’re at it. But don’t say I didn’t warn you, because you may just want to stay all day.

View all posts by Gloria