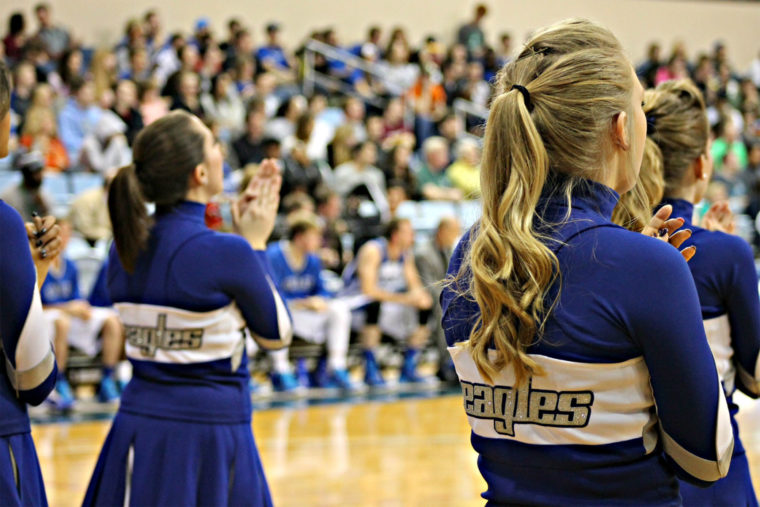 It's been an exciting weekend here on the PCC campus for the Eagles basketball teams. The Eagles basketball team faced three regional opponents--Piedmont International University, Toccoa Falls College, and Bob Jones University--in a row starting on Thursday. The Lady Eagles also played against Toccoa Falls and Bob Jones on Friday and Saturday nights. The Eagles came away with two wins from the weekend, and the Lady Eagles had one win.

When the Eagles and Lady Eagles played on Saturday night, it was one of the most exciting games of the season. We fans packed the Sports Center Arena to support the teams. I hope nobody went to the game with intentions of having any deep conversations, because the noise level was far too loud for any normal conversation. Between the cheerleaders, the announcer, and the fans, the atmosphere was perfect for such an exciting game. 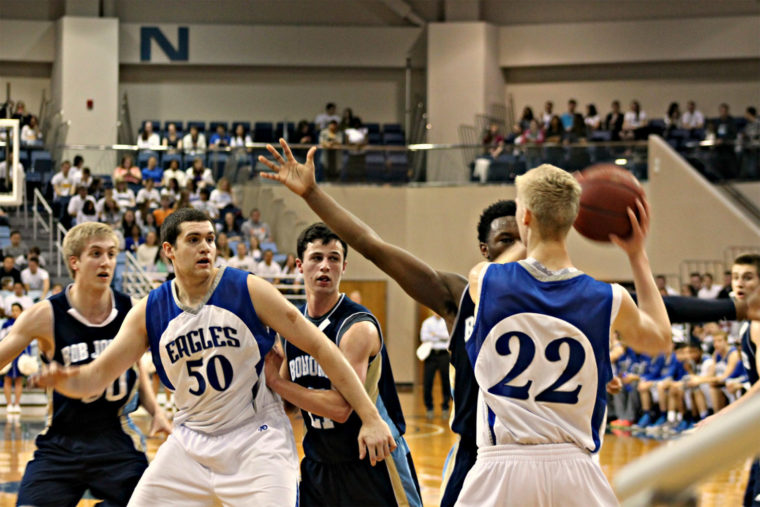 The Eagles pulled away with a solid win, but Lady Eagles lost their hard-fought game by only four points. Both teams played great, though, and I speak for all of the fans when I say that they were awesome games to watch. PCC's student body is proud to be able to support our teams that work so hard. Congratulations, Eagles and Lady Eagles! We can't wait to watch you play the Clearwater Christian College Cougars this weekend!

View all posts by Carrie