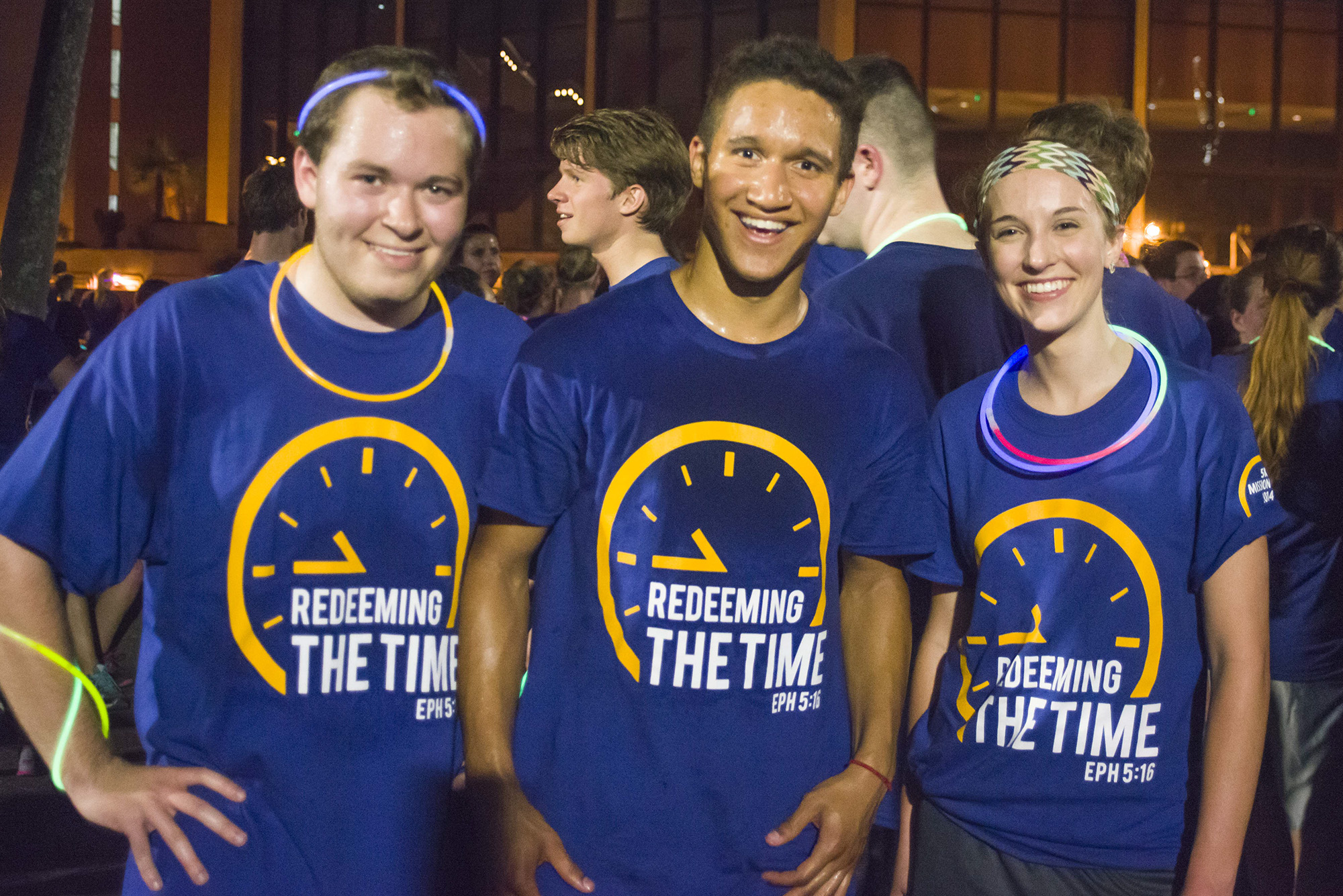 So there I was standing near the center of College Field surrounded by thousands of college students waiting for one of PCC's newest spring semester staple events to begin . . . we were about to take part in this year's annual 5K Mission Run. To state that I was "excited" is an understatement; I was ecstatic due to last year's fun, but the buzz all around me was even more encouraging. We were just ordinary students—students with little to give (I mean, seriously, we're in college)—but students who wanted to make a difference in the lives of people for our Savior, Jesus Christ. 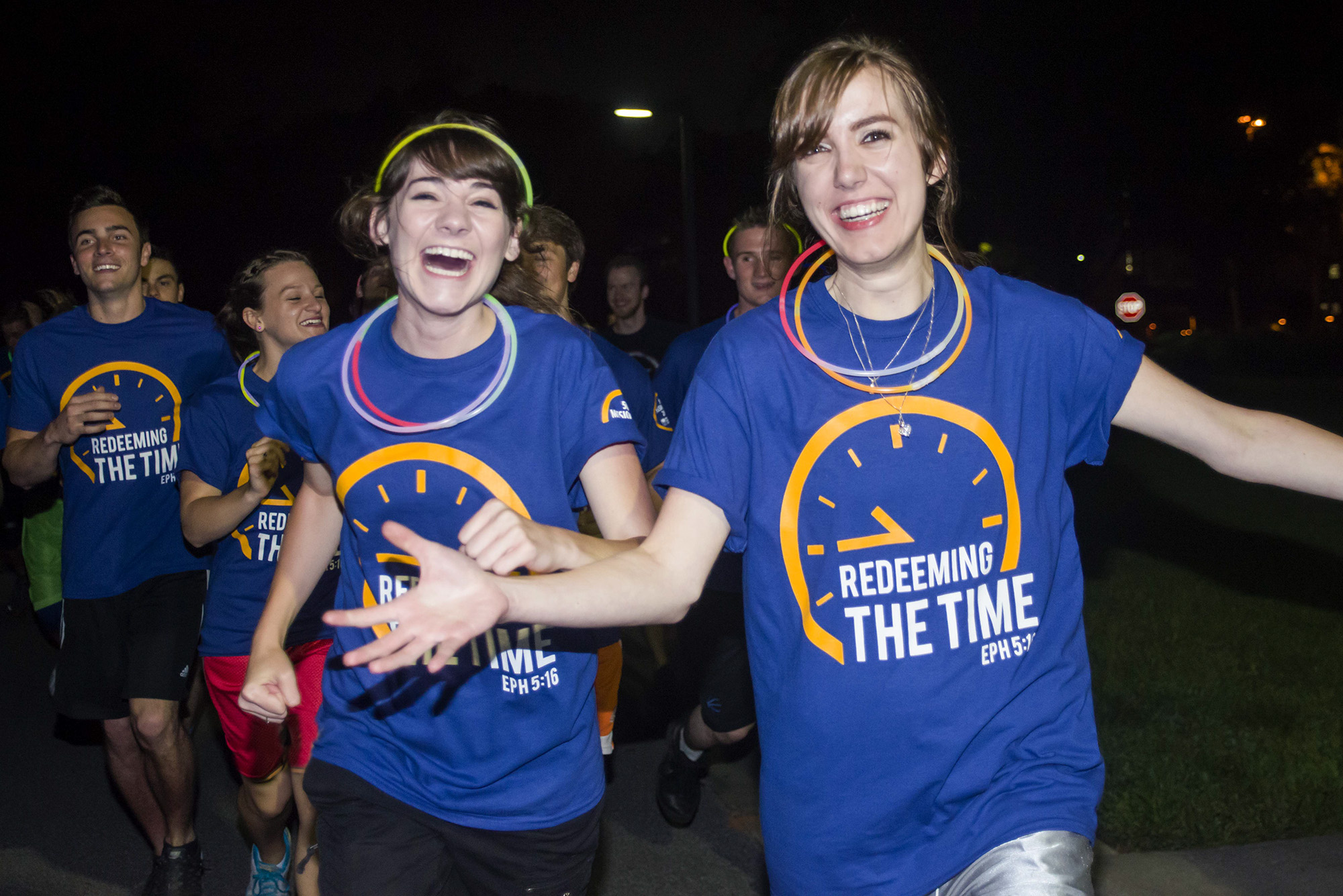 We were running this 5K for others, not for our own benefit; however, PCC's administrators, Student Body officers, and many volunteers definitely planned a night worth never forgetting. If I wasn't already impressed by the entourage of cheering students passing out glow sticks at the entrance to the field or by the intricate layout of the route itself, what happened next on that field most definitely did the trick. At PCC, you never know what great surprise is being planned.

Dr. Shoemaker announced that the race was about to begin. With much anticipation the crowd became silent and the lights on College Field went out . . . and then came FIREWORKS . . . tons of them! This was no little 4th of July backyard BBQ show either; from the top of the VPA came one of the most beautiful fireworks displays I have ever seen! Phones went up everywhere taking pictures, because this was an event worth capturing. 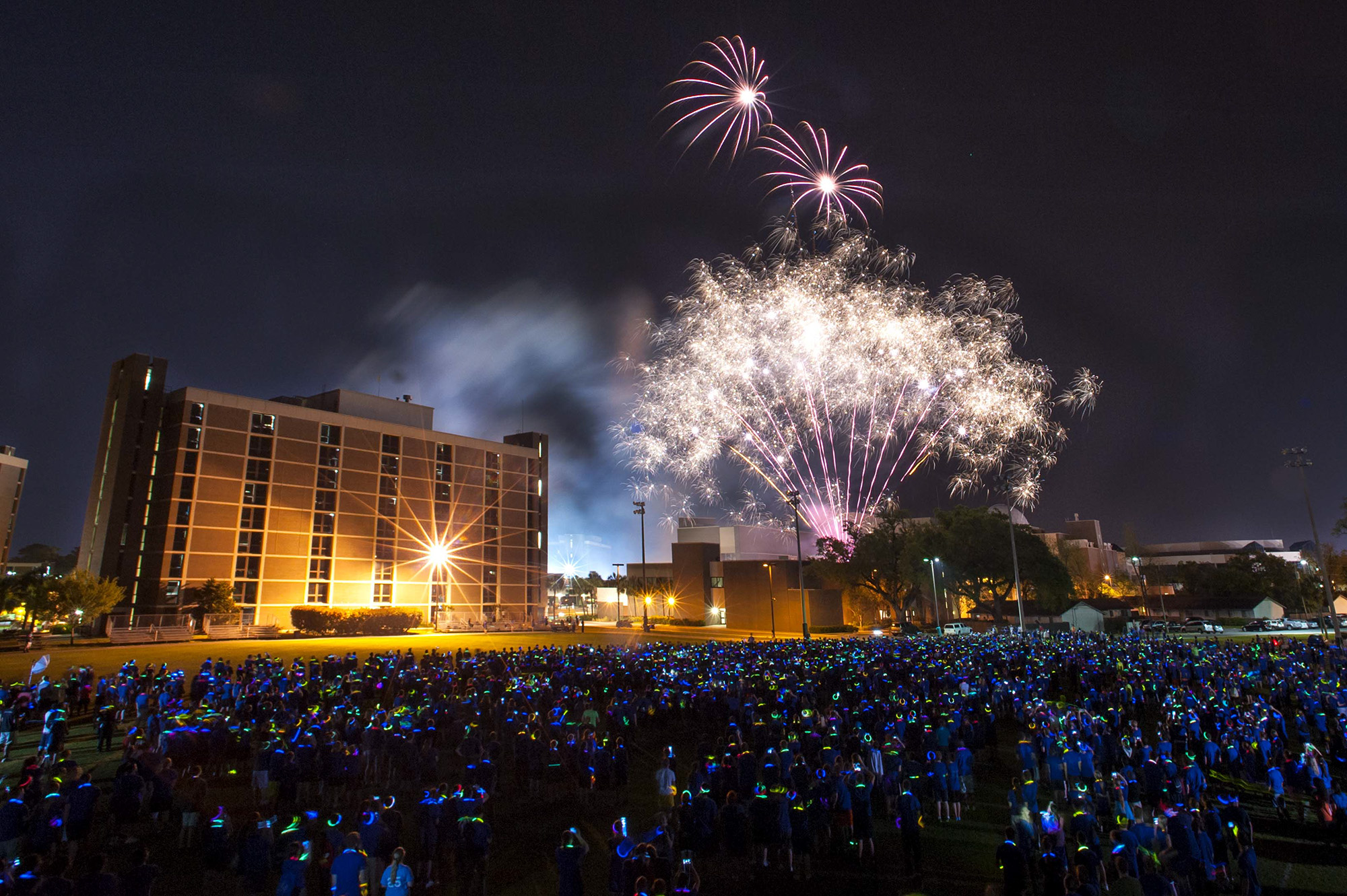 The Mission Run was definitely one of the highlight events to this 40th Anniversary year, and I have a feeling it'll continue to be a successful event in the future. The spirit of the student body on our campus is without comparison. We care, and it's not just me; I've seen the joy on the faces of those who have a heart for missions. This year, we're helping to send out more Bibles! I'm not quite sure what PCC has prepared for next year's 5K race, but I do know this: it'll make a difference. For now, let's pray for some fruit in our labor. Let's "redeem the time" with eternity in mind.

View all posts by Troy