Every Dynasty Comes to an End

Throughout history, there have been hundreds of great dynasties. All with one thing in common, they all come to an end. Some have been ended with wars and some with treaties, all influencing history. 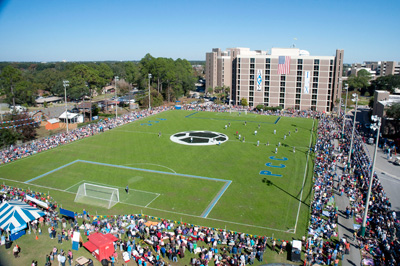 The Turkey Bowl was “buzzing” (even though the Hornets weren’t in it). Ha! =) The band was playing over the loudspeakers, people were scattered everywhere grabbing seats, vendors were all around selling pizza, chips, drinks, candy, and donuts, and the sides were divided according to the teams. It was like being at a professional sports game, incredible!

The national anthem was sung, students from our college that are in the military held up flags, and each team made their entrance.

The Sharks had guys pretending to be Stingrays kick a soccer ball around the field, while a plane with a sign that said, “Go sharks!” flew around above the field. After the plane flew around a couple of times, the Sharks ran out onto the field to the theme song from JAWS.

The Stingrays had six guys, four on one side and two on the other, come stand at the goals. Each guy held a flag from a different country represented on the team, and the team came out in two white Escalades into the center of the field. The announcer read off how that all dynasties come to an end, and the Stingrays had already ended one dynasty and were about to end another. Then the name of each country represented was called, and the members of that country stepped forward and waved.

After the entrances, both teams came onto the field to warm up. Then the grand game began! 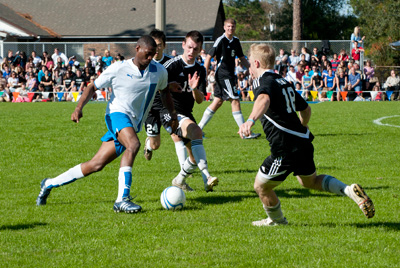 The Stingrays scored first and put all the Shark fans and their beloved dynasty on edge.  The Sharks tried to make it even, but at half time, it was still 1-0. The Sharks came back strong after halftime, determined to keep their dynasty going, and evened the score, 1-1. The dynasty was staying alive, well, until the last ten minutes, when the Stingrays scored again, continuing their rampage against a reigning dynasty. This score of 2-1 was the final score, and the crowd went wild when it was finally over. The Stingrays had ended yet another great dynasty. 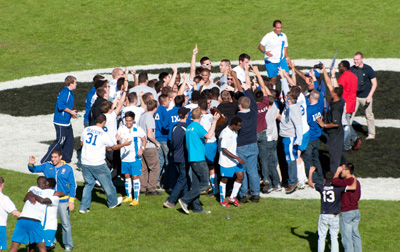 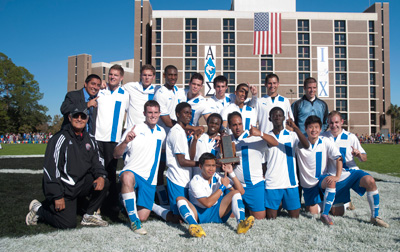 View all posts by Christy